Bring a friend home by Cinnamon 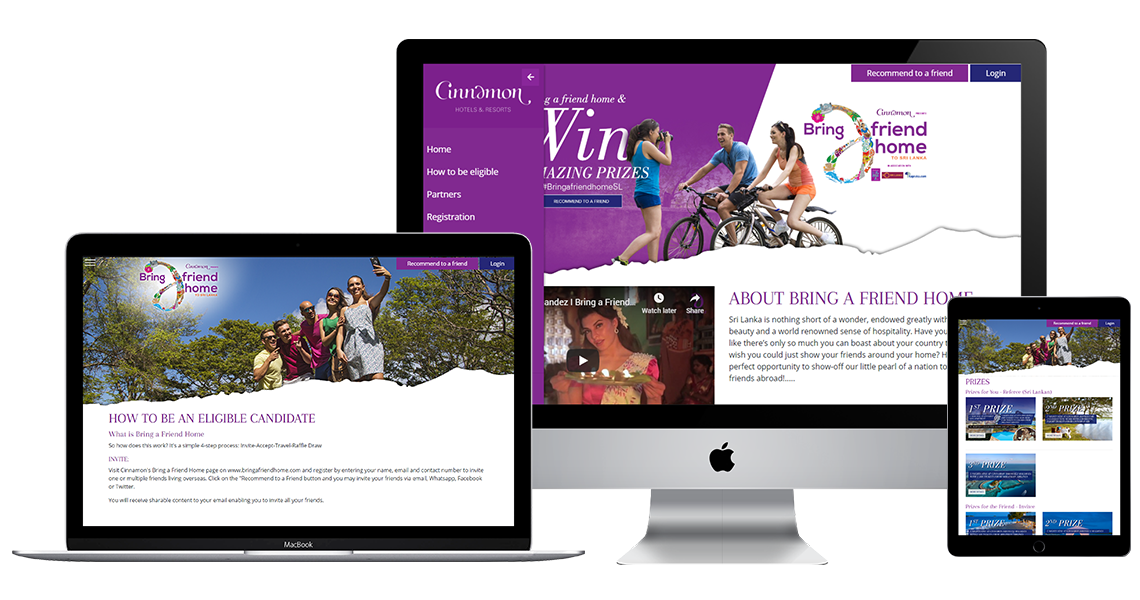 2019 was a difficult year for Sri Lanka. During the early part of the year, devastation struck which caused a large number of tourists to stop visiting Sri Lanka. The challenge was to find a way to boost Sri Lanka tourism by giving people a reason to visit Sri Lanka again while showing that it is safe.

Bring a friend home was an initiative taken by The Cinnamon Hotels & Resorts Group to create that much needed boost to Sri Lanka tourism. The idea was to use the expatriate Sri Lankans to visit Sri Lanka while also bringing with them foreigners, all of which would receive accommodation at Cinnamon hotels at very competitive rates.

The initiative was first brought out by the use of key social media influencers to let people know about the initiative. Very attractive rewards were offered to both the invitees and the referees with compliments of Cinnamon Hotels & Resorts. This resulted in a large influx of tourists along with Sri Lankans who lived abroad to visit Sri Lanka showing that we are safe. Sri Lanka went on to be named the world’s number one tourist destination according to Forbes and the tourism industry boomed again.